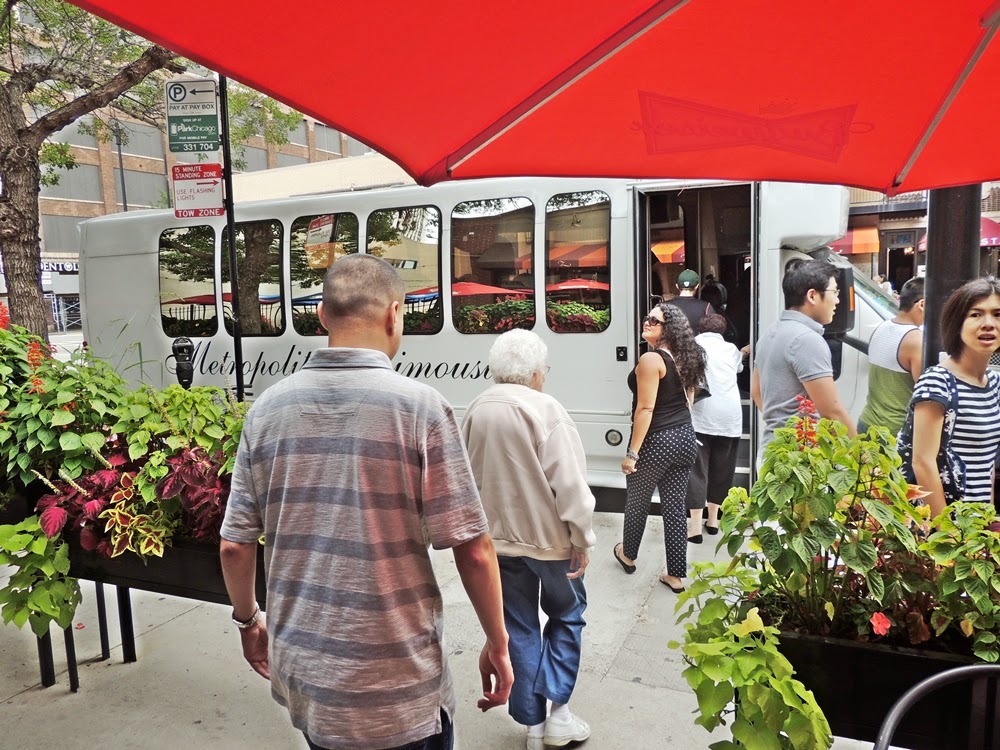 Last weekend while I was in Chicago for a relative's wedding I decided to do a tour of Chicago that would be a little different. The Chicago Pizza Tour sounded like the right combination of touring Chicago and sampling the regional pizzas at the same time. 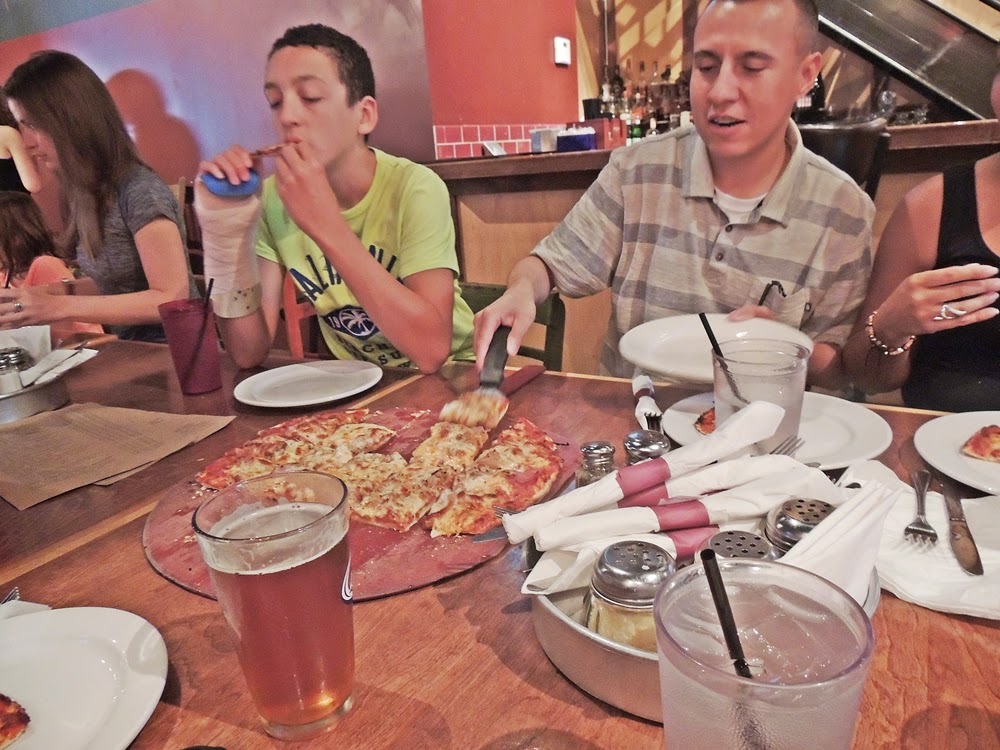 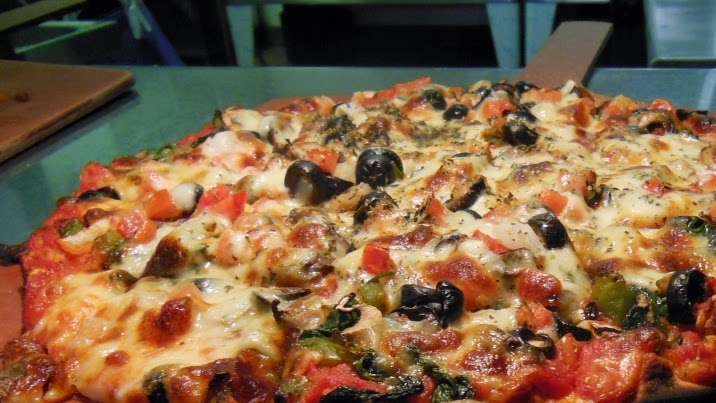 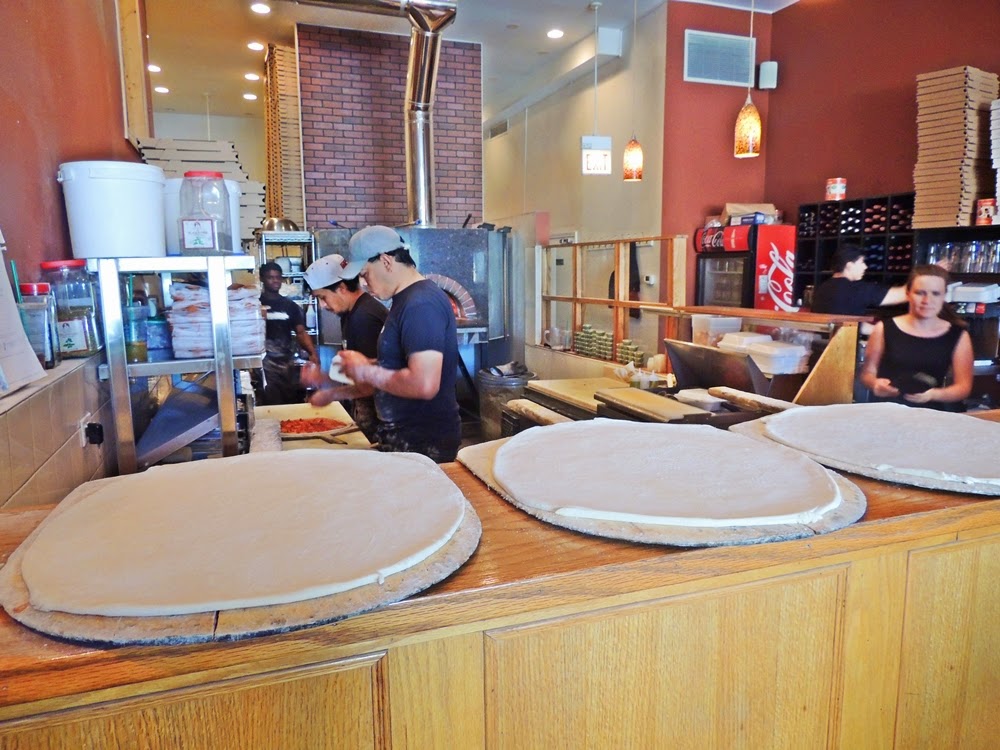 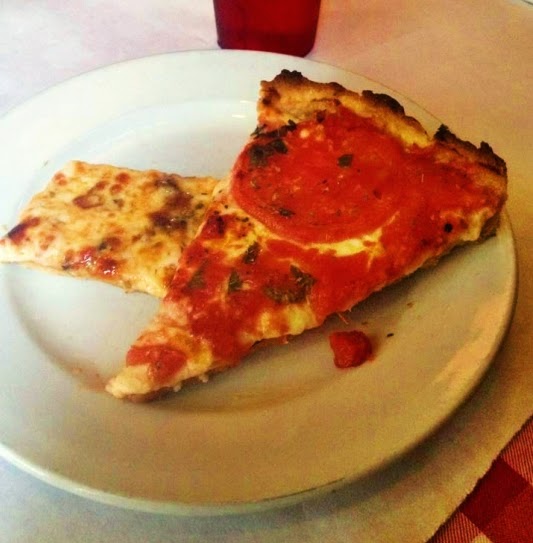 The one shown above that used San Marzano tomatoes as its base was voted the best by the folks on our tour. The other thick crust pizzas were just OK.  I am not a big fan of a lot of meat on a pizza. I like pizzas that have just a good sauce (or just crushed tomatoes) and cheese.   Unfortunately they like pepperoni and sausage in Chicago.  That usually just left me with the veggie choice at each of the four stops. 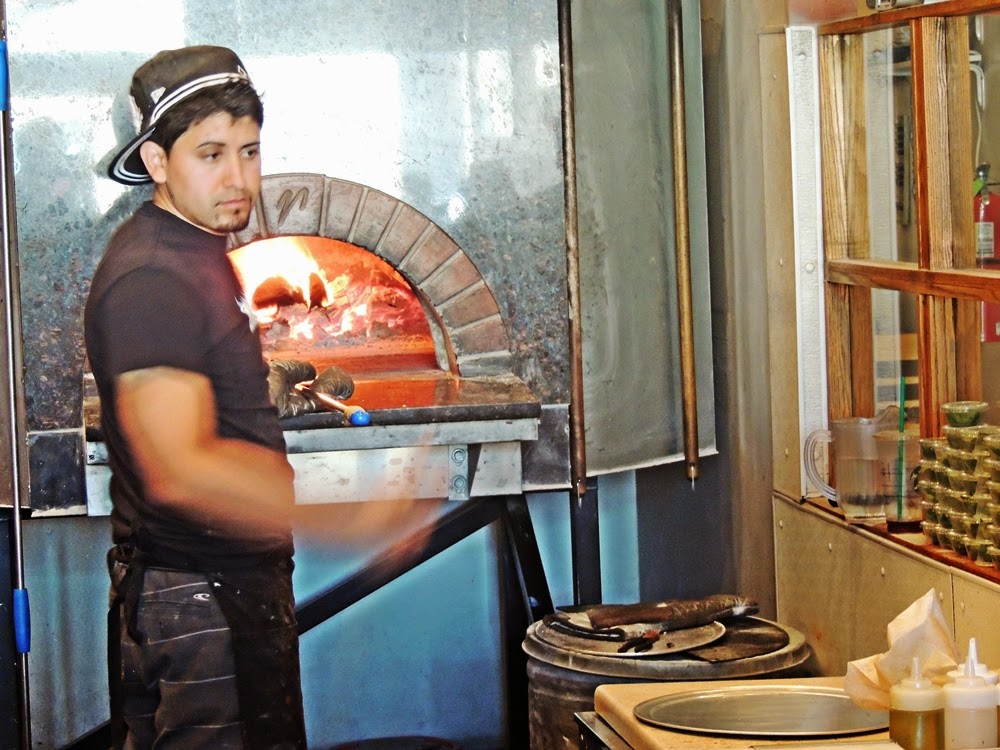 The pepperoni and sausage pizza at Coal Fire was very good. 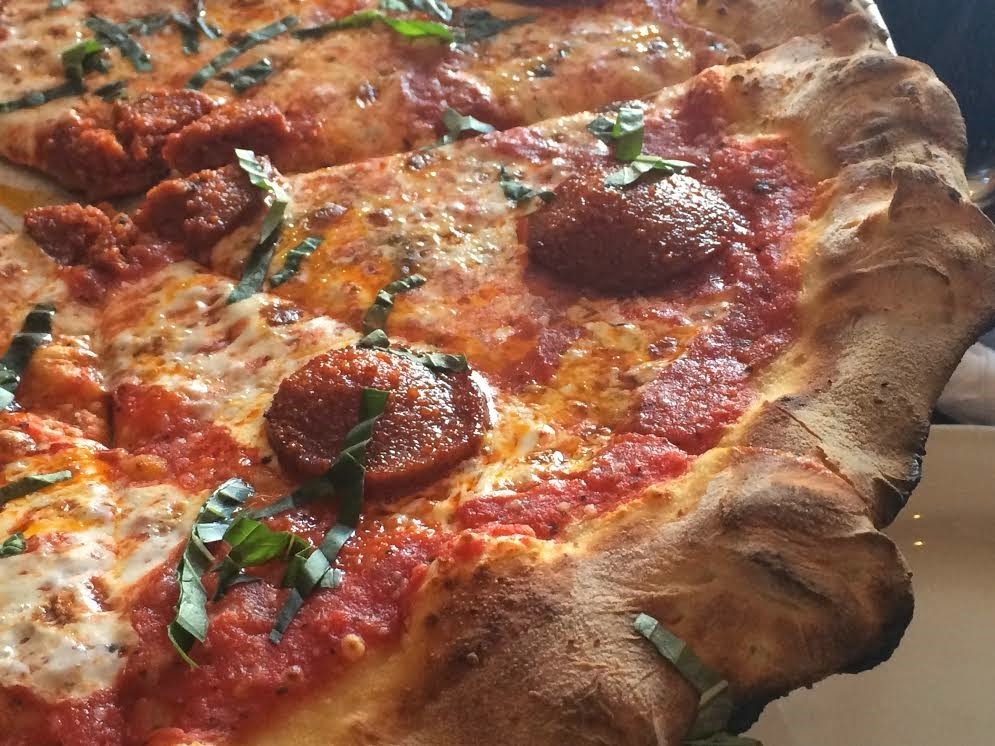 My favorite was the garlic white pizza shown below with the whipped ricotta at Coal Fire. 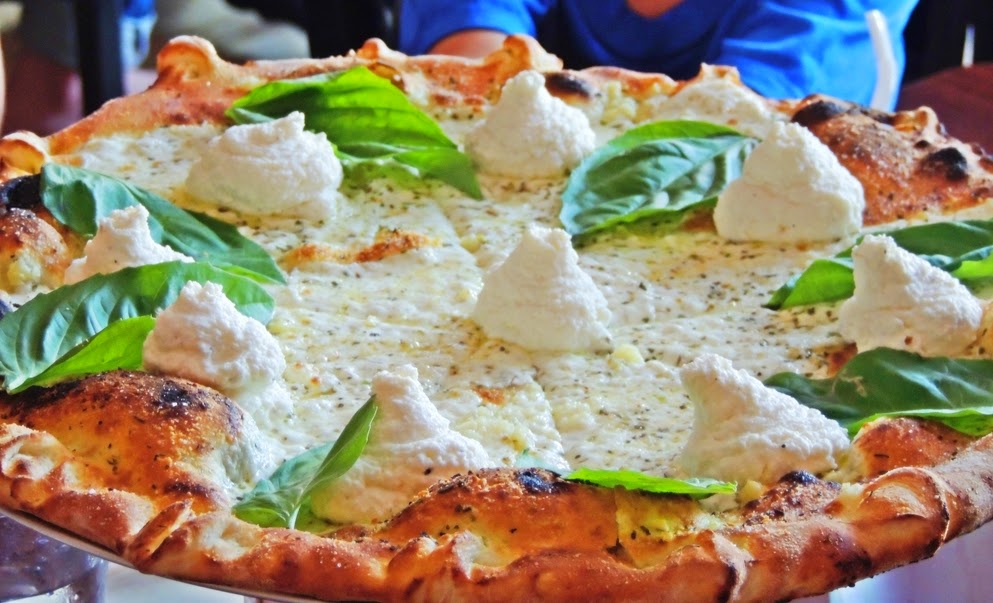 That's right the Coal Fire Pizza that we have in Shipley's Grant in Ellicott City was the best one I had in Chicago.  I looked on the local menu but didn't see the whipped ricotta on their menu.  I went to Coal Fire Pizza soon after they opened and was disappointed in the pizza I had.  Maybe it is time for a return visit.
This got me to thinking if I planned a Howard County Pizza tour which places would I include?  Here is my list:
1) Trattoria E Pizzeria Da Enrico
2) Bertucci's
3) Facci's
4) Tomato Palace
5) Roma's
6) Tino's Bistro

So which places have I missed?  What are your favorites?

Notice that I didn't include the regional favorite Ledo's.  Their sauce is much too sweet.  My all time favorite is still Grotto's and now that they have opened in Gambrills I don't have to travel to Delaware to eat their pizza. 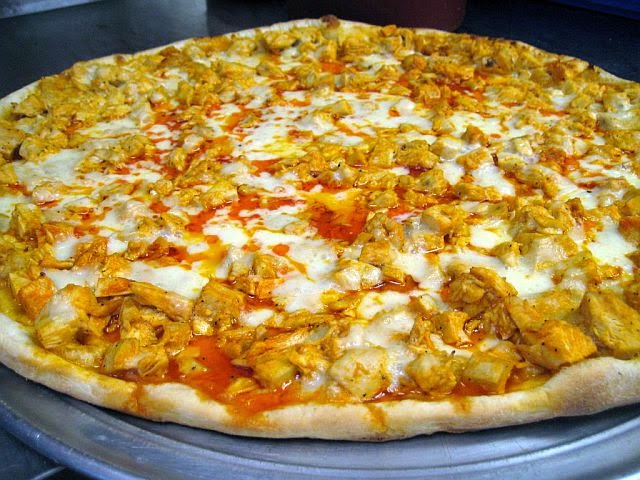 My new favorite at Grotto's is their Buffalo Chicken Pizza shown above. 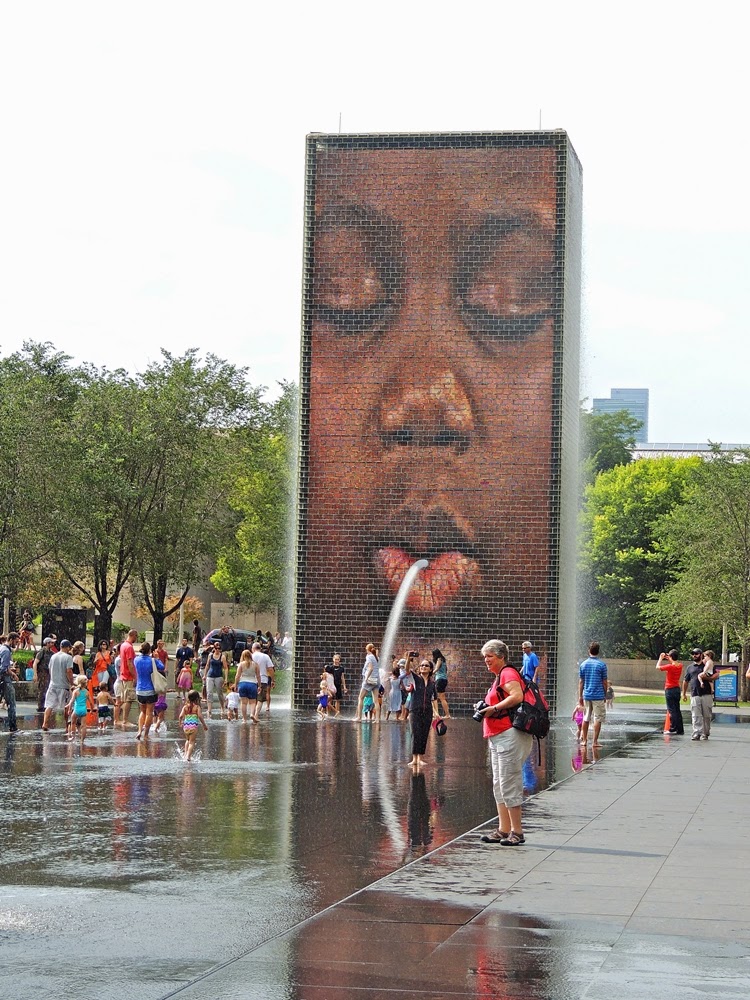 While waiting for the Pizza Tour to begin I went over to Chicago's Grant Park and found these interesting features. 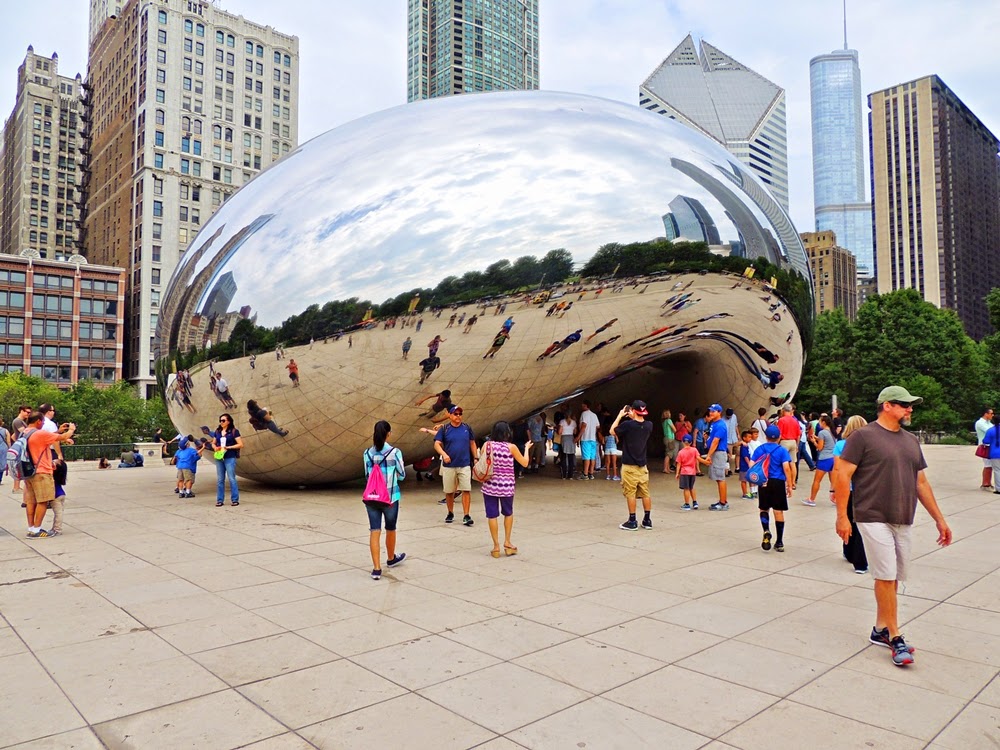 Chicagoan's call this "the bean." 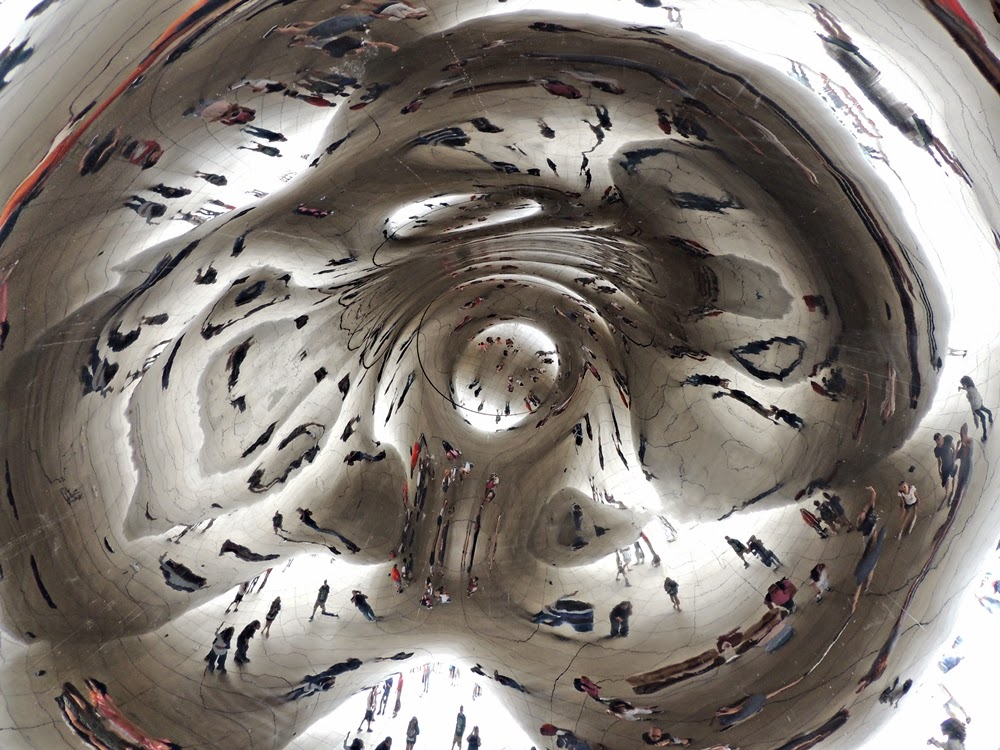 This is the view from under the sculpture. 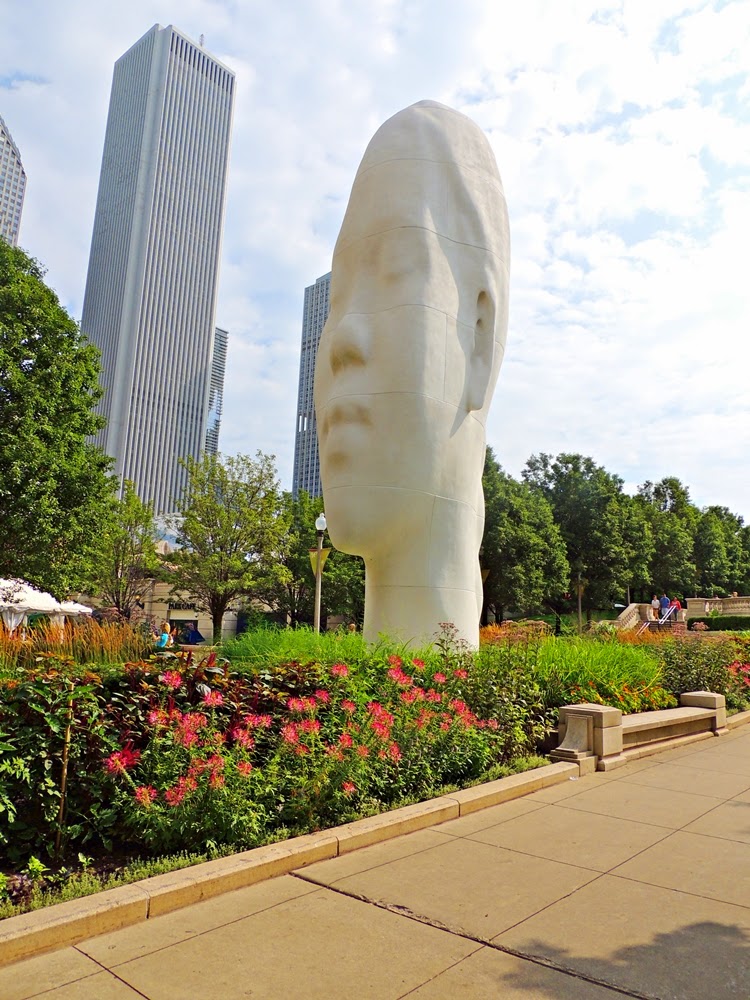 I don't know what they call this head!

P.S.
I thought it would be fun to look at some of the pre-season predictions for the American League East standings. Here is what I found:
AL East: 1. Red Sox, 2. Rays, 3. Yankees, 4. Orioles, 5. Blue Jays

Seems most predictions were based on the final standings of the previous year and not how teams are playing this year.
#hocoblogs
Posted by duanestclair at 4:12 AM

You're right about Luna Bella They should have been on the list. I need to go there again.

I would love to be a part of a Howard County pizza tour! I've written several posts about my favorite pizza places in the area (http://www.awayfromthethingsofman.com/), including Ledo's (yes, it's still my favorite), Pub Dog, Three Brother's, and J&P Italian Restaurant, to name a few. I have also tried Coal Fire, and was disappointed, and while many like Facci, it's not in my top ten. That said, I've only met a few pizzas that I truly didn't like.

I think the only problem with a local pizza tour is that there aren't enough good pizza places in HoCo to really make it worthwhile to anyone living outside of the immediate area. But I'm definitely on board if anyone wants to start one!

Vocelli's. I know, you can't eat there, you have to carry out, but it's still good. (I'm biased because they do so many fundraisers for the local schools that I eat their pizza a lot, anyway.)

Ledo's white pizza. My wife is a UMCP alum and lived on morning-after-cold-pizza for years. :-)

If you went to Chicago and had deep-dish, please tell me that you went to the original Pizzeria Uno or Pizzeria Due (they're half a block apart and everything's cooked in the same kitchen.) Yes, the name was licensed out to the chain we have here, but the originals are nothing like that - not a single menu item in common. Come to think of it, that's pretty much like Ledo's - the chain simply licenses the name from the original; the one in College Park is still very different.