Social Media as the newest tool to do community organizing 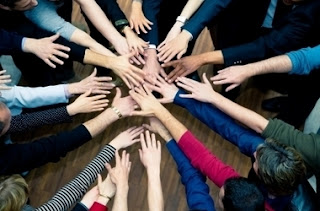 The old tool of community organizers to gather petition signatures is so out of date.  Today Facebook and Twitter are the new way to gather public support for change.  We have seen how this was used in the Arab countries in the Arab Spring movement.  In this country the $5 monthly charge that Bank of America tried to impose on debit card users was unchallenged until Molly Katchpole organized a Facebook campaign against the charge and quickly got over 300,000 friends and B of A backed off. This story was highlighted in last Sunday's Sunday Morning show.


A similar campaign was recently successful in getting the Komen For the Cure campaign to change their policy on not funding Planned Parenthood.  I have never seen so much traffic on my Facebook from people saying they would not contribute to Koman any longer.

The final example is the campaign last month against the federal legislation called Stop Online Piracy Act (SOPA) that was pushed by corporate advocates of media content to protect their copyrights and other forms of ownership of media content.  It was flying through Congress until many websites such as Wikipedia and others shut down in protest and caused many of the sponsors of the legislation to back off under public pressure.

Feel like something needs to change?  Try a Facebook campaign and see if it can go viral.  Companies take notice.

P.S
I have heard that the best way to get a company to take notice of a complaint is to post it on their website.  They monitor their websites and try to resolve the issue.

P.S.2
Delegate Liz Bobo sent out the following notice on her community hearing:

" I will be holding my annual Legislative Community Meeting on February16th from 7:30 to 9 at Kahler Hall in the Village of Harper's Choice. We will discuss issues that are currently before the Maryland General Assembly.  More information will be available on the major issues by that time.
As many of you know, we get a good turnout at this meeting each year and have a good discussion on a wide range of subjects."
Posted by duanestclair at 7:52 PM