With Trump telling his supporters to come to the rally on Dec. 6th because "it will be wild" you never know how much this motivated his supporters to riot at the Capitol.   In fact it is sometimes hard to know what motivates his more radical supporters. You might not be aware of what was being posted on radical social media before Wednesday's riot but plans were discussed of capturing Representatives, holding them hostage, trying them as traitors and condemning them to death by hanging.  The protester killed on Wednesday, Ashli Babbit, had followed the QAnon posts that talked of taking down the government.

As Representatives took cover in the House chamber protesters try to break down the doors to the Speakers Gallery.  If you go through those doors and go to the right you can enter the chamber next to the area where the Speaker sits to preside over the chamber. 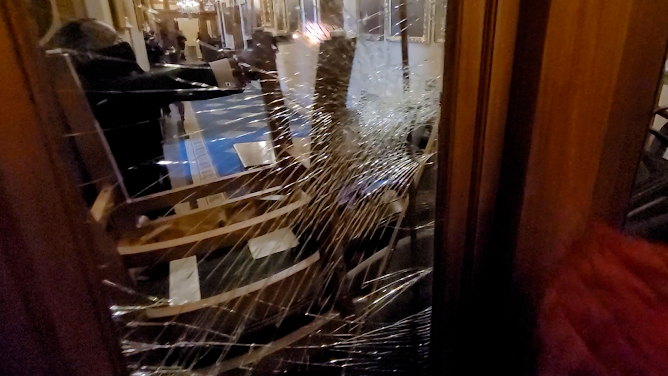 This was the scene in the gallery of the House as Representatives cover for fear of the impending invasion. 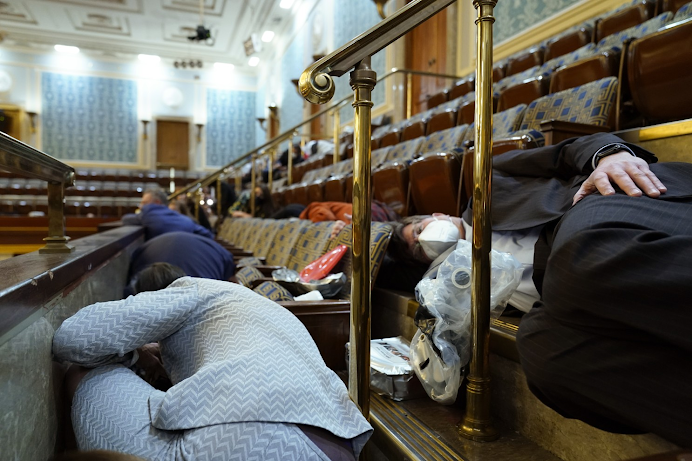 Social media posts before the riot had indicated that the plan was to hold the Representatives hostage and conduct a trial that could sentence the Representatives to death unless they voted to overturn the election. This person was seen with ties that could be used to tie up people.  It is unclear if this was the intent of this protester but he obviously had an intent to contain someone. 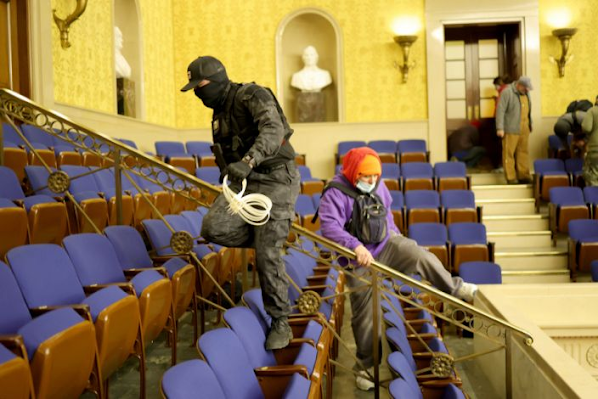 For whatever reason, this stage was set up in front of the Capitol with a hanging noose. Symbolic or was the display more of a plan on the part of the protesters. 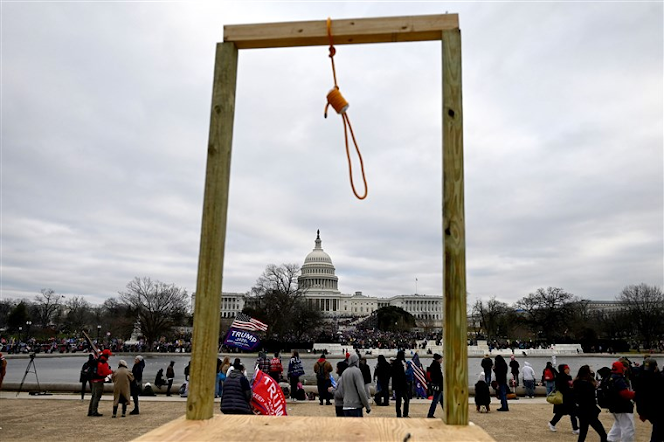 Just another day in Trump's America in 2021.

Posted by duanestclair at 10:11 AM

I hope each and every one of the Capitol invaders right wing nuts is charged as a domestic terrorist to the fullest extent of the Patriot Act. Having listened to the truly insane vitriol of the dead woman in her video, and now reading the plan to try and hang the legislators, there is clearly nothing but destructive, divisive and evil intention propelling their actions. Put bluntly, this crap has to end.

Section 802 of the USA PATRIOT Act (Pub. L. No. 107-52) expanded the definition of terrorism to cover ""domestic,"" as opposed to international, terrorism. A person engages in domestic terrorism if they do an act "dangerous to human life" that is a violation of the criminal laws of a state or the United States, if the act appears to be intended to: (i) intimidate or coerce a civilian population; (ii) influence the policy of a government by intimidation or coercion; or (iii) to affect the conduct of a government by mass destruction, assassination or kidnapping. Additionally, the acts have to occur primarily within the territorial jurisdiction of the United States and if they do not, may be regarded as international terrorism.